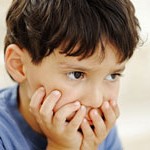 Autism is a spectrum disorder, meaning that there is a wide degree of variation in the way it affects people. Every child on the autism spectrum has unique abilities, symptoms, and challenges. Learning about the different autism spectrum disorders will help you better understand your own child, get a handle on what all the different autism terms mean, and make it easier to communicate with the doctors, teachers, and therapists helping your child.

Catching autism early—ideally by the age of eighteen months—can make a huge difference.

Autism is not a single disorder, but a spectrum of closely-related disorders with a shared core of symptoms. Every individual on the autism spectrum has problems to some degree with social skills, empathy, communication, and flexible behavior. But the level of disability and the combination of symptoms varies tremendously from person to person. In fact, two kids with the same diagnosis may look very different when it comes to their behaviors and abilities.

If you’re a parent dealing with a child on the autism spectrum, you may hear many different terms including high-functioning autism, atypical autism, autism spectrum disorder, and pervasive developmental disorder. These terms can be confusing, not only because there are so many, but because doctors, therapists, and other parents may use them in dissimilar ways.

But no matter what doctors, teachers, and other specialists call the autism spectrum disorder, it’s your child’s unique needs that are truly important. No diagnostic label can tell you exactly what problems your child will have. Finding treatment that addresses your child’s needs, rather than focusing on what to call the problem, is the most helpful thing you can do. You don’t need a diagnosis to start getting help for your child’s symptoms.

When people use the term autism, it can mean one of two things. They may actually be referring to autistic disorder, or classical autism. But autism is often used in a more general sense to refer to all autism spectrum disorders. So if someone is talking about your child’s autism, don’t assume that he or she is implying that your child has autistic disorder, rather than another autism spectrum disorder. If you’re unsure what is meant, don’t be afraid to ask.

Childhood disintegrative disorder and Rett Syndrome are the other pervasive developmental disorders. Because both are extremely rare genetic diseases, they are usually considered to be separate medical conditions that don't truly belong on the autism spectrum.

Where does your child fall on the autism spectrum?

Since the autism spectrum disorders share many similar symptoms, it can be difficult to distinguish one from the other, particularly in the early stages. If your child is developmentally delayed or exhibits other autism-like behaviors, you will need to visit a medical professional for a thorough evaluation. Your doctor can help you figure out where, or even if, your child fits on the autistic spectrum.

In both children and adults, the signs and symptoms of the autism spectrum disorders include problems with social skills, speech and language, and restricted activities and interests. However, there are enormous differences when it comes to the severity of the symptoms, their combinations, and the patterns of behavior.

Basic social interaction can be difficult for children with autism spectrum disorders. Symptoms may include:

Signs and symptoms of autism spectrum disorders: Speech and language

Problems with speech and language comprehension are a telltale sign of the autism spectrum disorders. Symptoms may include:

Children with autism spectrum disorders are often restricted, rigid, and even obsessive in their behaviors, activities, and interests. Symptoms may include:

Children with autism spectrum disorders tend to be less spontaneous than other kids. Unlike a typical curious little kid pointing to things that catch his or her eye, autistic children often appear disinterested or unaware of what's going on around them. They also show differences in the way they play. They may have trouble with functional play, or using toys that have a basic intended use, such as toy tools or cooking set.  They usually don't "play make-believe," engage in group games, imitate others, or use their toys in creative ways.

While not part of autism’s official diagnostic criteria, children with autism spectrum disorders often suffer from one or more of the following problems:

Approximately 10% of people with autism spectrum disorders have special “savant” skills, such as Dustin Hoffman portrayed in the film Rain Man. The most common savant skills involve mathematical calculations, artistic and musical abilities, and feats of memory. For example, an autistic savant might be able to multiply large numbers in his or her head, play a piano concerto after hearing it once, or quickly memorize complex maps.

Getting an autism spectrum disorder diagnosis

The road to an autism diagnosis can be difficult and time-consuming. In fact, it is often 2 to 3 years after the first symptoms of autism are recognized before an official diagnosis is made. This is due in large part to concerns about labeling or incorrectly diagnosing the child. However, an autism diagnosis can also be delayed if the doctor doesn’t take a parent’s concerns seriously or if the family isn’t referred to health care professionals who specialize in developmental disorders.

If you’re worried that your child has autism, it’s important to seek out a medical diagnosis. But don’t wait for that diagnosis to get your child into treatment. Early intervention during the preschool years will improve your child’s chances for overcoming his or her developmental delays. So look into treatment options and try not to worry if you’re still waiting on a definitive diagnosis. Putting a potential label on your kid’s problem is far outweighed by the need to treat the symptoms.

In order to determine whether your child has autism, a related autism spectrum disorder, or another developmental condition, clinicians look carefully at the way your child socializes, communicates, and behaves. Diagnosis is based on the patterns of behavior that are revealed.

The team of specialists involved in diagnosing your child may include:

Depending on your child's & symptoms and their severity, the diagnostic assessment may also include speech, intelligence, social, sensory processing, and motor skills testing. These tests can be helpful not only in diagnosing autism, but also for determining what type of treatment your child needs: